Roald Dahl (1916-1990) was one of the world’s most imaginative, successful and loved storytellers. His stories are currently published in 49 languages worldwide. They continue to inspire the world’s most creative collaborators, resulting in wonderful new movie adaptations, classical music, opera, plays and musicals.

On 13 September 2006, the first national Roald Dahl Day was celebrated – on what would have been Roald’s 90th birthday. Response to the event was so phenomenal that Roald Dahl Day is now marked annually, throughout the world.

Over 100 million copies of Roald Dahl books have been sold globally.

The RSC version of MATILDA - book by Dennis Kelly, music and lyrics by Tim Minchin – is running in London’s West End.

Charlie and the Chocolate Factory


The story of the adventures of young Charlie Bucket inside the chocolate factory of eccentric candymaker Willy Wonka is often considered one of the most beloved children's stories of the 20th century.


To feed his family, Mr Fox steals chickens, ducks, and turkeys from three mean and wealthy farmers: Boggis, Bunce, and Bean. The farmers get fed up with Mr Fox and try to kill him.

James and the Giant Peach


Ignored by her parents and abused by her head teacher, Agatha Trunchbull, young Matilda Wormwood discovers that she has psychokinetic powers.


Mr and Mrs Twit are two ugly, smelly, nasty, stupid people who enjoy being nasty to animals and children. With the aid of the Roly-Poly Bird, Muggle-Wump the monkey and the other animals extract their revenge.


When an orphan accompanies his grandmother, who is recovering from pneumonia, to a hotel in Bournemouth, little does he imagine the AGM of England’s witches will be taking place at the same hotel.

The BFG and Sophie


The BFG takes Sophie to Giant Land so that she can’t tell anyone that she has seen him.

The BFG and Sophie wake the Giants


The BFG wakes up the giants who panic and start fighting each other.

Sophie on the Queen’s Window-Sill


Sophie perches on the window-sill at Buckingham Palace to chat to the Queen.

The BFG and Sophie at the Writing Desk


At the end of the story the BFG becomes a famous author. 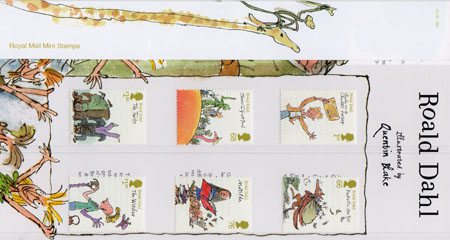 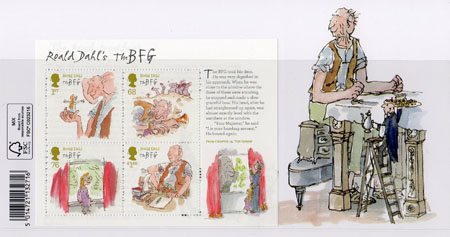 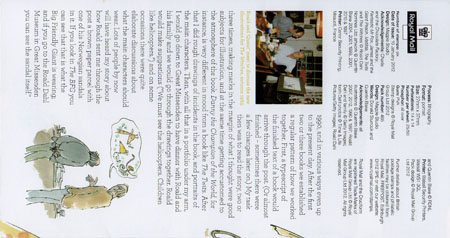 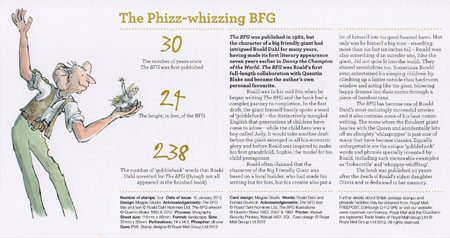 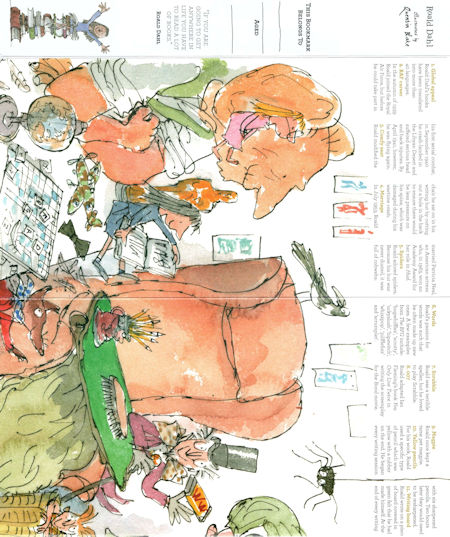 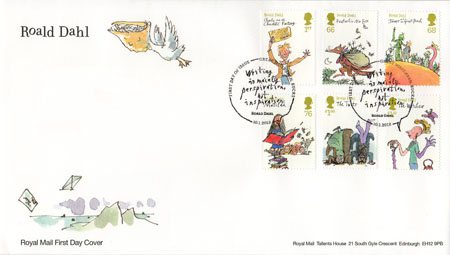 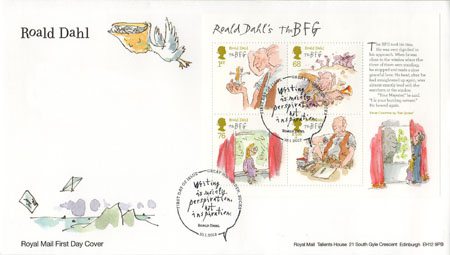 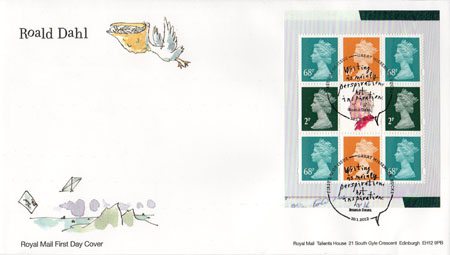 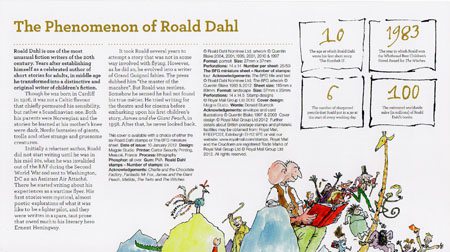 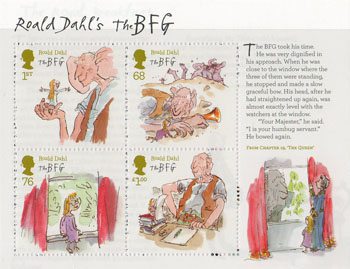 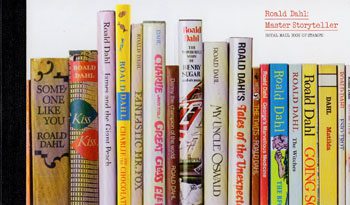 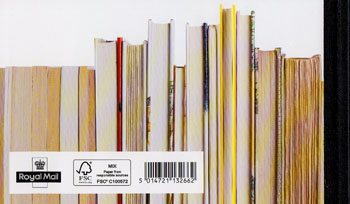 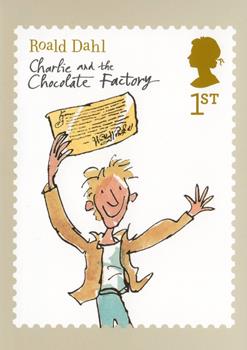 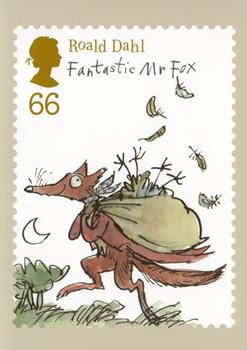 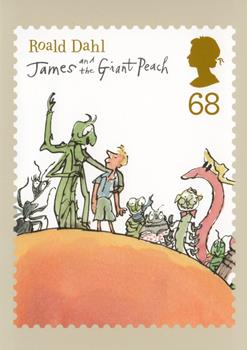 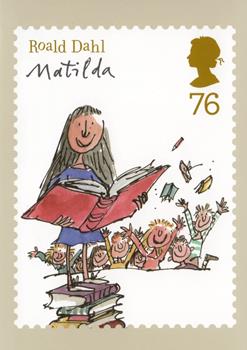 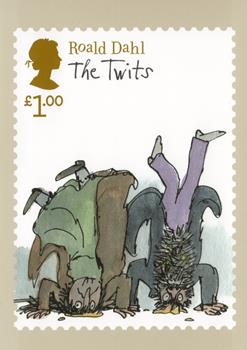 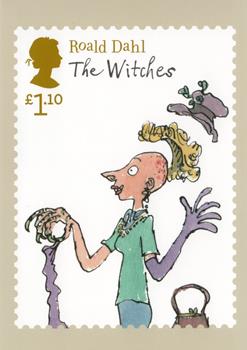 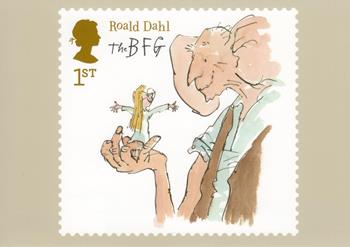 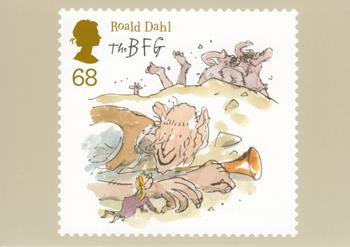 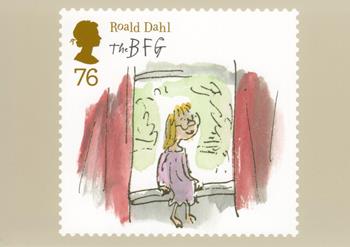 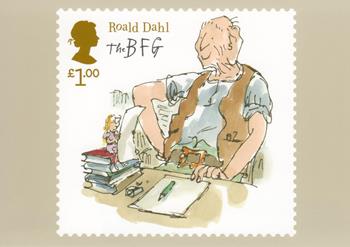 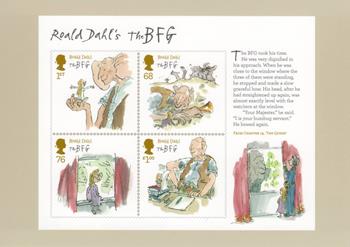