Visions of the Universe

Visions of the Universe at Royal Mail 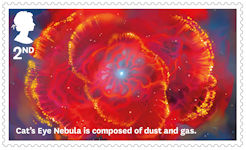 
The Cat’s Eye Nebula gives us a look ahead to the death of the Sun. This gas cloud is now expanding into space but was once inside a star, much like our own Sun. As the nuclear reactions that generate energy in its core were coming to an end, the uneven outflow of energy pushed the outer layers of the star off into space. The nebula was discovered by William Herschel – the first president of the RAS. In 1864, William Huggins used the pioneering technique of optical spectroscopy, in which light is split into an artificial rainbow and analysed, to prove that the Cat’s Eye Nebula was a tenuous gas, rather than a solid object. Huggins was awarded the prestigious Gold Medal of the Royal Astronomical Society in 1867. 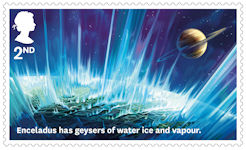 
Enceladus is a small, icy moon of Saturn with a system of geysers that spray water and vapour into space. The geysers were found after the British-built magnetometer instrument on NASA’s Cassini spacecraft began sending back puzzling results indicating that Enceladus possessed a thin atmosphere. Michele Dougherty of Imperial College persuaded NASA to skim the space probe over the moon’s surface to take a closer look. In the process, the cameras revealed the geysers. Subsequent investigations have found that the geysers are fed by a subsurface ocean in which the water contains the molecular building blocks of life. 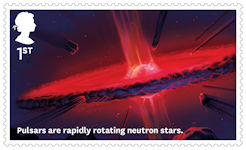 
Pulsars are rapidly rotating neutron stars. They are incredibly dense celestial objects that squash the mass of the Sun into something just 15–20km across. As they rotate, they beam radiation across space like a lighthouse, sometimes many times a second. Every neutron star was once the energy-generating core of a massive star, but after exhausting its nuclear fuel supply it collapsed into an ultra-dense object, triggering the explosion of the star. Pulsars were discovered in 1967 by British astronomers Jocelyn Bell (later Bell Burnell) and Antony Hewish. Working with a pioneering radio telescope that Hewish had designed, Bell spotted a celestial radio pulse coming from the sky every 1.3 seconds. Baffled at first by the mysterious signal, the two jokingly named it LGM-1, which stood for Little Green Men. Bell Burnell is a former President of the RAS. 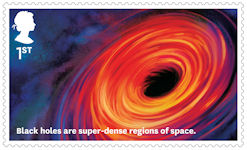 
Black holes are areas of space where the density of matter is so great that nothing can escape the gravitational pull. Their existence was first suggested in 1783 by English natural philosopher John Michell, and their behaviour was mathematically described in 1916 by the German physicist Karl Schwarzschild. Yet they seemed so unorthodox that astronomers were initially reluctant to believe they could truly exist. Only in the 1960s were black holes accepted, which led to a flurry of theoretical investigations 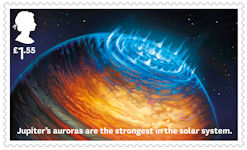 
Like the Earth, the giant planet Jupiter experiences auroras. On both planets, they are produced when charged particles accelerate into the atmosphere, giving off light as they collide with the gas atoms there. Earth’s auroras come in visible wavelengths of red and green, but at Jupiter they shine in the ultraviolet part of the spectrum and as X-rays. On Earth, powerful voltages in our magnetic field power the auroras, but this does not seem to be the case at Jupiter, where the source of power remains a mystery. A team of astronomers at the University of Leicester continues to study this phenomenon. 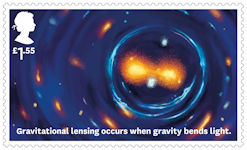 
Gravitational lensing occurs when massive celestial objects bend light from more distant sources to form distorted and multiple images. The phenomenon was a prediction of Albert Einstein’s General Theory of Relativity. It was confirmed in 1979 when an Anglo-American team of astronomers that included Dennis Walsh and Bob Carswell discovered two distorted galaxies side by side that on closer inspection appeared to be identical. Astronomers can ‘weigh’ the amount of matter forming the gravitational lens by the appearance of the distorted images. This has shown that clusters of galaxies contain a lot more matter than can be seen. Astronomers call this invisible material ‘dark matter’. 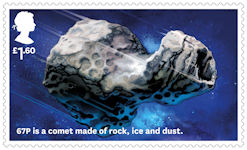 
Comet 67P/Churyumov-Gerasimenko is an icy body just 4.3km long that was explored by the European Space Agency’s Rosetta mission. UK industry and universities worked on the mission’s lander and instruments. We now know that 67P is an ancient object that formed before the planets, more than 4.5 billion years ago. Rosetta’s lander instruments revealed carbon-rich molecules in the ice. Such molecules could have been important in ‘seeding’ the early Earth and helping to get life started on our planet. Rosetta also showed that the comet’s two distinct lobes were once separate bodies that collided and stuck together. 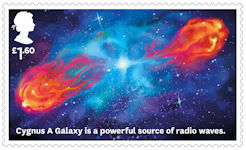 
Cygnus A is an active galaxy, which means that something other than stars is producing a significant amount of energy within it. In the early 1950s, the Jodrell Bank radio observatory in Cheshire found that radio emission was not coming directly from Cygnus A but from a pair of radio lobes, one on either side of the visible galaxy. It is thought that energetic jets of particles are being accelerated away from the centre of the galaxy by strong magnetic fields. These particles collide with the extremely rarefied atoms in the space surrounding the galaxy, powering the radio lobes. 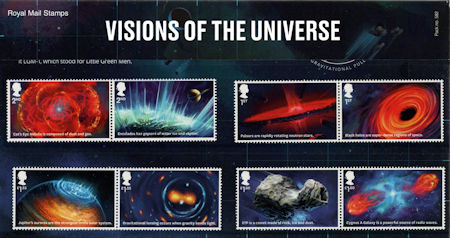 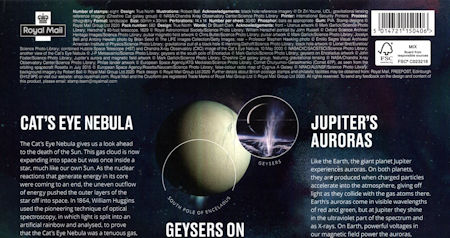 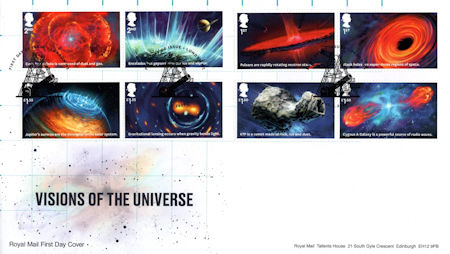 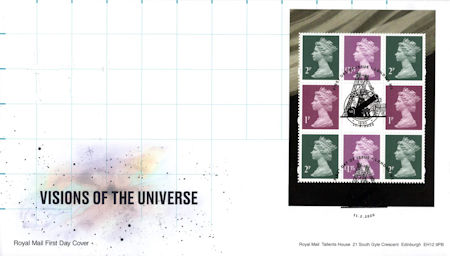 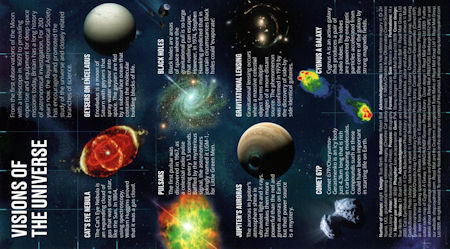 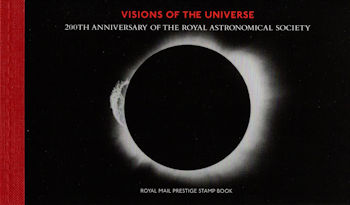 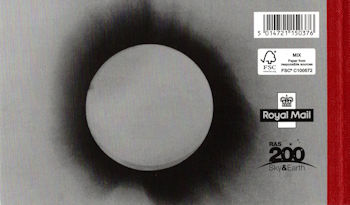 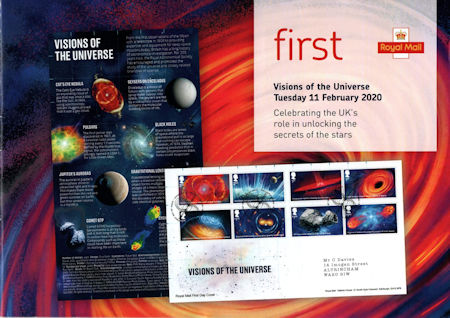 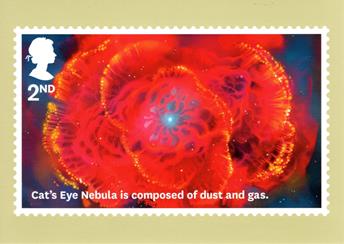 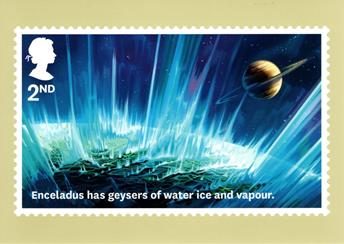 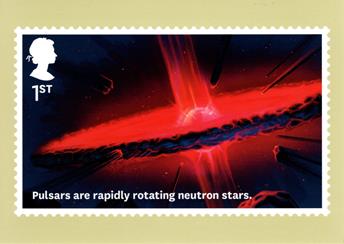 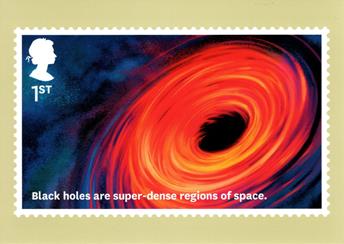 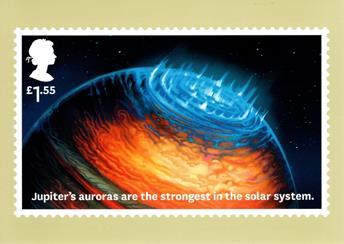 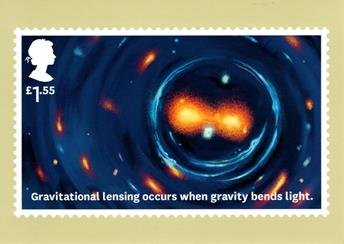 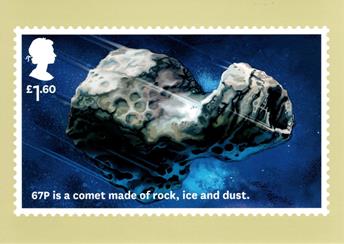 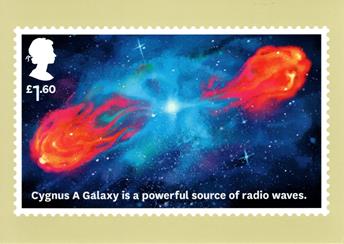