Space Science marks the 50th anniversary of Ariel 1, the first British satellite, by taking a journey around our solar system revealing the beauty and mystery of the other worlds that also orbit the Sun.


The image, gathered from European Space Agency’s (ESA) Solar and Heliospheric Observatory (SOHO) midway between the Earth and the Sun, shows particles being ejected from the solar surface. The UK has played a major part in the design, construction, operation and science of the mission. It led the design of the Coronal Diagnostic Spectrometer instrument. SOHO itself was assembled in Portsmouth and then shipped to America for launch.


Shot from ESA’s Venus Express probe, the image shows clouds in the southern hemisphere of the second planet out from Sun. The Venus Express mission was proposed by scientists from Oxford University to study why the planet is so different from our own. After the mission was adopted by the European Space Agency, the UK became involved in five out of the seven instruments on board and continues to help with operating the spacecraft.


Ice within a 35 km wide impact crater on the red planet was photographed by ESA’s Mars Express probe. Mars Express was Europe’s first mission to the red planet, and the UK is involved in three of its six instruments, including the camera, which is revealing breathtaking vistas. The mission also carried the British-built Beagle 2 lander; unfortunately, it did not survive its passage through the Martian atmosphere.


On route to a meeting with the comet Churyumov-Gerasimenko the ESA probe Rosetta had a close encounter with the Lutetia asteroid, located within the asteroid belt between the orbits of Mars and Jupiter. Rosetta came within 500 miles (800km) of the small, diamond-shaped asteroid.


Lit up by the Sun behind, the beautiful icy rings of Saturn were photographed by the Cassini probe. Cassini-Huygens has transformed our understanding of them, discovering new rings and moons. UK universities and industry have contributed to many of the instruments on both parts of the mission (see below).


In 2005 ESA’s Huygens probe parachuted through the atmosphere of Saturn’s largest moon to land on Titan’s surface. The Open University led the Huygens Surface Science Package, which included a British-built sensor that became the first part of Huygens to touch the surface of Titan. The image captured on the stamp was taken on the way to this historic encounter. 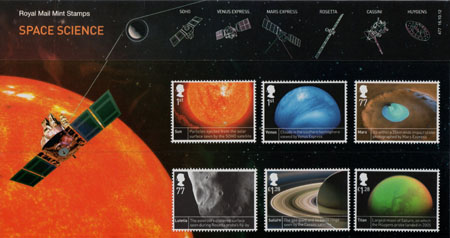 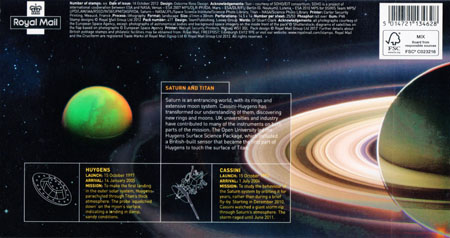 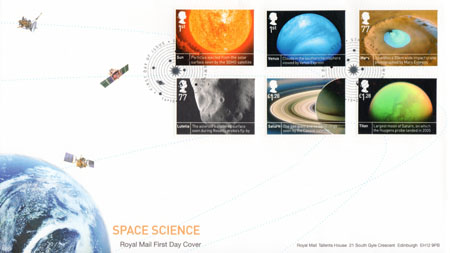 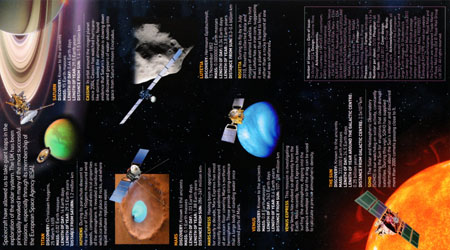 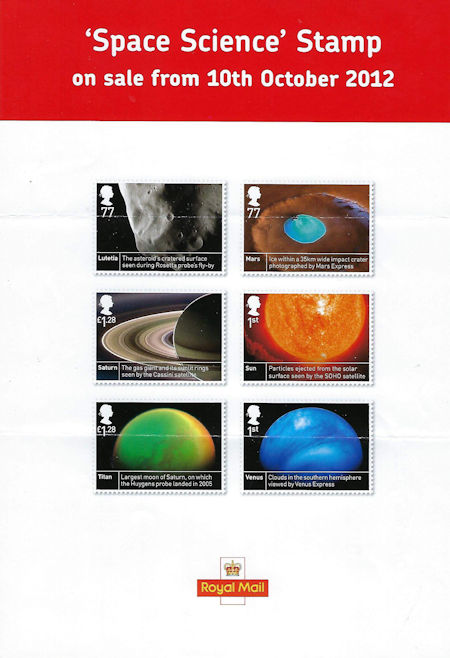 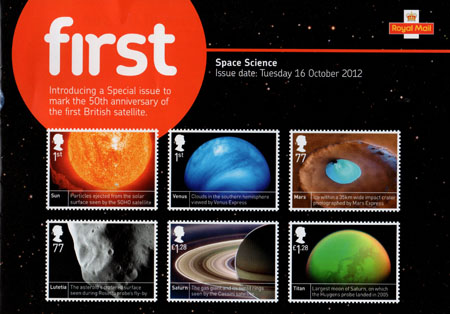 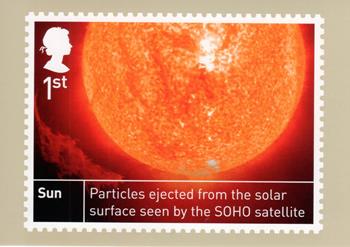 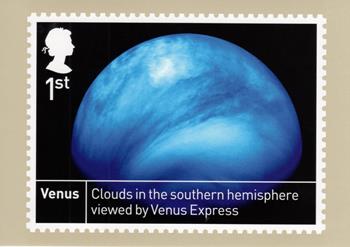 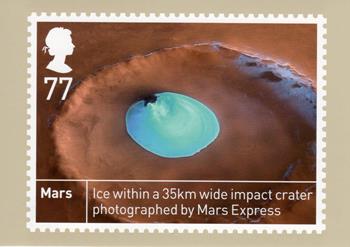 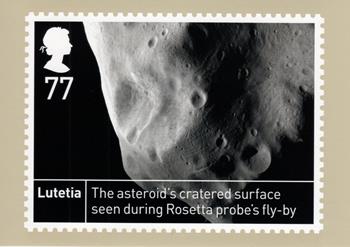 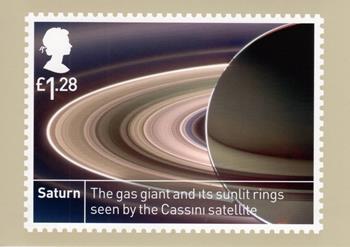 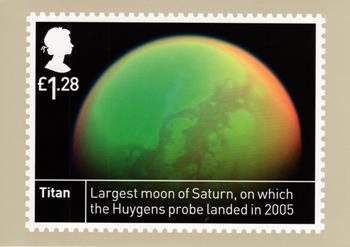