Issued on 23 August 2011, the Crown Jewels stamps feature some of the most important and iconic pieces from this fabulous collection; with images specifically chosen to reflect their beauty and intricate workmanship.

This year marks the 350th anniversary of the making of many of the items featured on the stamps, which were created for the coronation of King Charles in 1661, following the Restoration of the monarchy in 1660.

The Sovereign’s Sceptre with Cross


Originally fashioned in 1661 and so called because it is surmounted by a cross. In 1905, it was redesigned to incorporate the Great Star of Africa, the second largest cut diamond in the world. During the coronation, the monarch bears the Sceptre with Cross in the right hand.


The Crown originally made in 1661 has 444 precious stones and is the one with which monarchs are crowned when they ascend the throne. It is reputed to have been made with gold recovered from the throne of Alfred the Great.

Rod and Sceptre with Doves


The Sovereign’s Sceptre with Doves was made in 1661. The Dove symbolises the Holy Ghost. During the coronation, the monarch bears this sceptre in the left hand. The smaller rod, where the dove’s wings are closed, is used by the consort.


Queen May’s Crown was the consort crown of Mary of Teck, Queen Consort of King George V. It was manufactured for the coronation of George and Mary in 1911. Since Queen Mary’s death on 24 March 1953, her crown has remained unworn.


The Orb was created for the coronation of King Charles II in 1661. It is a hollow gold sphere weighing 42 ounces. The Orb is a religious symbol; it represents the Monarch's role as Defender of the Faith and as Supreme Governor of the Church of England.


The Jewelled Sword of Offering was made for the Coronation of King George IV. It is the only sword actually presented to the Sovereign during the Coronation (by the Archbishop of Canterbury, to signify that the royal power is at the service of the church).


The Imperial State Crown was made in 1937 for King George VI. Among the stones are several famous ones, including the Black Prince’s Ruby and the Cullinan II diamond, also known as the Lesser Star of Africa. The crown is worn after the conclusion of the coronation ceremony when the monarch leaves Westminster Abbey and at the annual State Opening of Parliament.


Dating from the 12th century the spoon was the only part of the medieval regalia to escape destruction by Cromwell. At the coronation ceremony it is used to anoint the sovereign with holy oil. 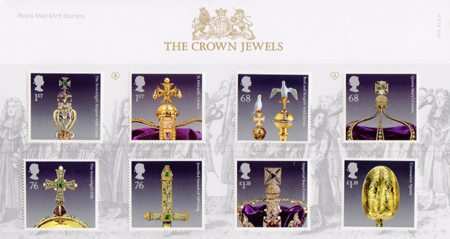 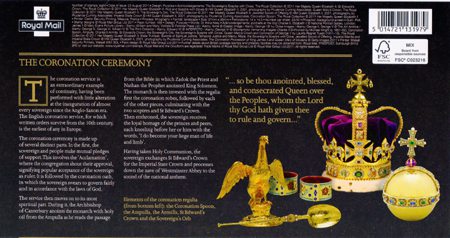 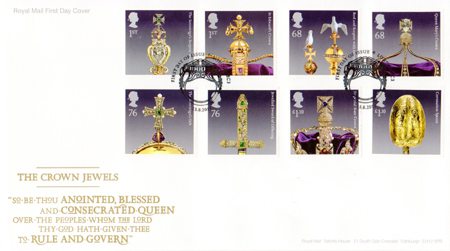 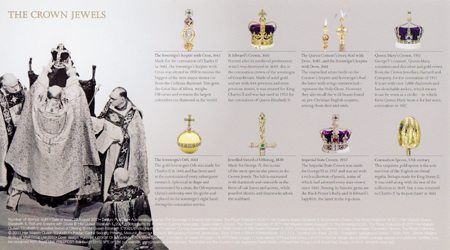 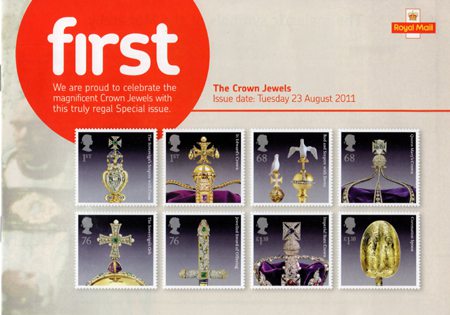 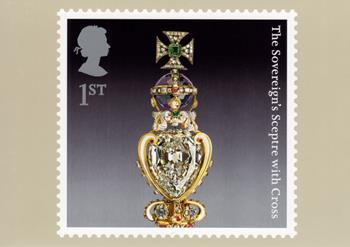 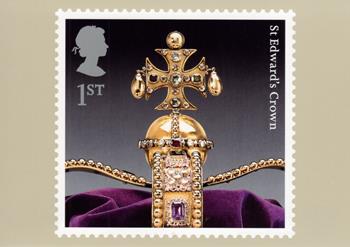 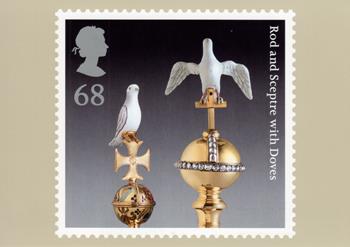 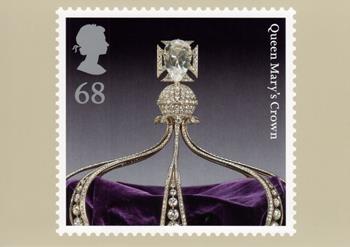 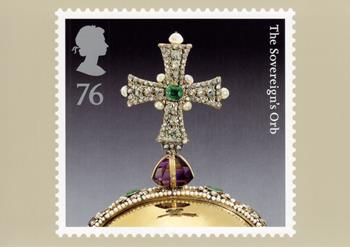 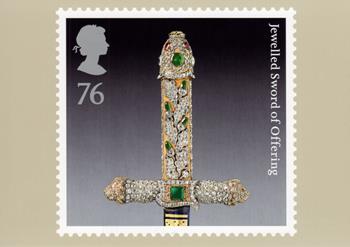 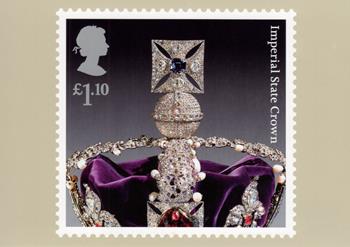 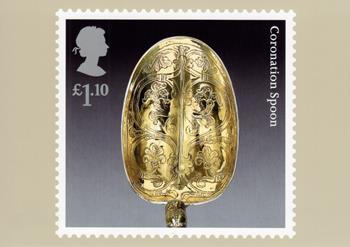